A tenacious whale was spotted off the coast of California with a startling condition: He was missing his flukes but still swimming - a nearly impossible feat.

A whale-watching ship encountered the lone gray whale, whose entire tail was cut off - likely by being snared in a fishing net - as he made his 10,000-mile yearly migration from Mexico's Baja Peninsula to Alaska. According to Captain Dave's Dolphin and Whale Watching Safari, the whale had devised a clever way to continue swimming without the propulsion of his flukes, a hopeful adaptation to what could have been a fatal injury. 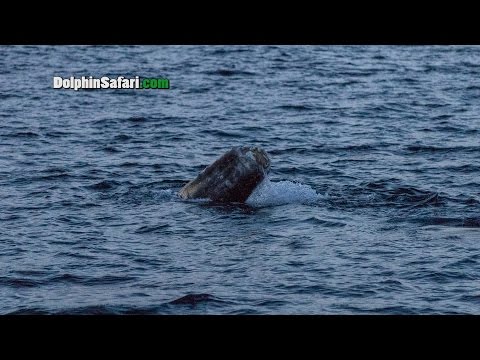 The whale was diving sharply and corkscrewing his body in order to continue moving and reach the surface to breathe, the company said.

Entanglement in fishing nets kills nearly 308,000 whales and dolphins a year - that's a whopping 843 every day.

"The nature of chronic entanglement trauma is perhaps the worst form of animal welfare abuse known to man," Michael J. Moore, Ph.D., a marine biologist with the Woods Hole Oceanographic Institution, told The Dodo. It's likely that the net slowly cut off the flukes, "giving the major blood vessels that feed the fluke time to clot and heal as the damage got deeper," he said.

This isn't the first time a whale has been seen without flukes due to entanglement. In the 1990s, one flukeless gray whale was sighted over a span of nine years in the waters off the Baja Peninsula. Another was spotted in 2011, traveling a recorded 100 nautical miles in just nine days without a tail. And in 2012, a flukeless dolphin was spotted off the coast of Australia. The animal had adapted by swimming in a side-to-side motion like a shark to stay afloat. 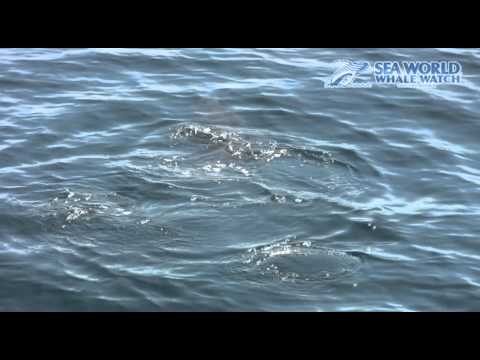 See this page for more information on fishing gear entanglements and how to help efforts to stop them.