Everyone Came Together To Help These Disabled Elephants Walk Again

They were being forced to haul logs in Thailand when tragedy struck.

Each of them, in separate instances, stumbled upon a land mine. Both Motala and Mosha's lives would never be the same again.

The two elephants met at a hospital for injured elephants, where people were working hard to figure out how help them walk again. Motala and Mosha are the hospital's permanent residents.

A team of Thai orthopedists, led by professor Therdchai Jivacate, worked to outfit Motala and Mosha with prosthetic legs so that they could have some semblance of a normal life.

Now, a new effort will bring people from across the world to help them. A GoFundMe campaign seeks to help the elephant hospital outfit the elephants with new advanced legs to make walking even easier for them.

People at the Virginia-based organization Animal Orthocare, which has created custom orthotics and prosthetics for many different kinds of animals, including mules and cats, are saving up for a trip to see Mosha and Motala.

They are traveling to Thailand to help outfit the elephant hospital with a fully operational prosthetics laboratory, so Mosha and Motala can get the legs they need for the rest of their lives.

"Once that is done, I will return to Thailand to help fabricate the final pair of prosthetics for these elephants," Derrick Campana, director of orthotics at Animal Orthocare, told The Dodo.

After all they've been through, Motala and Mosha are finally in good hands.

Click here to pitch in to keep these elephants on their feet. 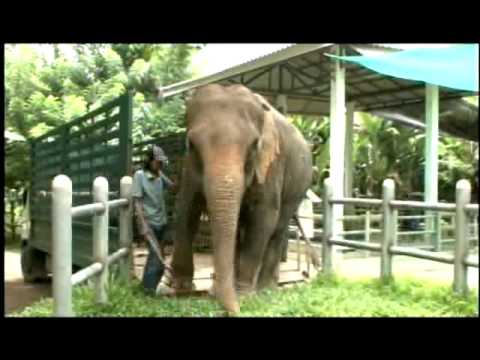