Happy Elephant Pulls Her Favorite Person In For A Big Hug

When a happy elephant wants a hug, who on Earth could say no?

Certainly not Lek Chailert, founder of Elephant Nature Park in Thailand. She's forged an incredibly close bond with all the sanctuary's residents, though at times one pachyderm in particular seems particularly insistent on showering Chailert with elephant-y affection.

For young Faamai, Chailert is more than just another person at the sanctuary - she's almost like mom. But rather than shy away from being seen in such a role, Chailert embraces it.

In fact, it's become a tradition of sorts for Chailert to serenade Faamai with the most motherly of melodies to keep her feeling cozy and safe as she drifts off to sleep. 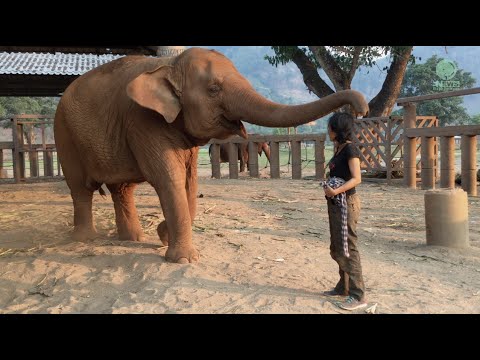 There's much to be inspired by in the work of Chailert and others dedicating their lives to helping elephants at the sanctuary, but perhaps none sounds sweeter than this loving little lullaby.