One of nature's most incredible sights has been filmed from a rare new perspective. Last month, a mega-pod of thousands of dolphins were seen migrating in a massive stampede through the waters of southern California -- and luckily, the entire spectacle was captured on video by an aerial drone flying high overhead. 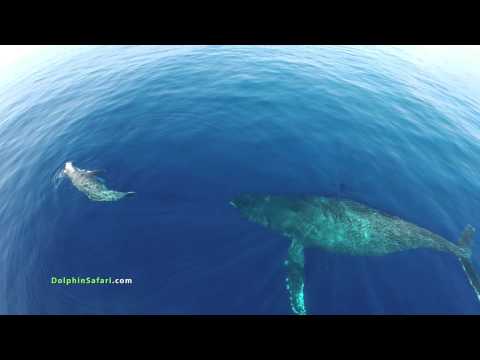 This amazing footage was shot by Captain Dave Anderson, who operates a whale-watching company in Dana Point, and combined with other video of grey whales migrating off of San Clemente, and a mother whale snuggling with her calf in Maui -- all filmed from the vantage point of a drone.

"This is the most beautiful and compelling five minute video I have ever put together. I learned so much about these whales and dolphins from this drone footage that it feels like I have entered a new dimension!" says Captain Dave.

"I have not been this excited about a new technology since we built our underwater viewing pods on our whale watching boat. Drones are going to change how we view the animal world. Wow!" 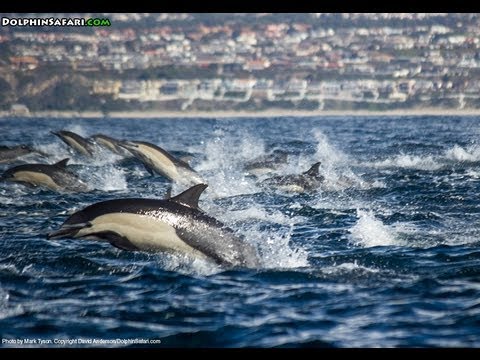 But the sight of thousands of dolphins swimming en masse isn't only breathtaking from the air. This video, also captured by Captain Dave off of Dana Point earlier last month, shows what a dolphin stampede looks like from a whale-watching boat.