"He just looked at me as if he was saying 'Where are you going?'"

Friday began like any other morning for Thomas McCormack, a handyman from the U.K. After grabbing his things and bidding farewell to his dog, Paddy, locked safely in the yard at home, McCormack was heading to work by rail when things took a sudden, perplexing turn.

"I jumped on the train and the next thing I know Paddy comes in and sits on the seat next to me," he told the Kirkintilloch Herald. "I was shocked. He just looked at me as if he was saying 'Where are you going?'"

Questions swirled through McCormack's mind too as he was left with no other option than to carry his dog to work with him that day: How exactly did Paddy get out? Soon, the mystery began to unravel.

Looking back, McCormack recalled some other odd instances, like the several times he'd arrived home to find Paddy waiting for him outside the front door (and not in the yard). With this latest escape, he decided to inquire with his neighbors for clues. They told him they'd seen Paddy jumping on the trampoline out back, launching himself over the fence.

"That's how he got out. He is some dog," said McCormack. "He obviously followed my scent all the way to the station and jumped in the seat next to me. It's the only explanation I have."

McCormack believes his dog had been making repeated attempts to follow him to work after he left in the morning, but that Friday was only the first time he was successful.

Why would Paddy go to such great lengths to keep within arm's reach of his human? We can only guess.

Watch McCormack describe Paddy's great escape in the video below: 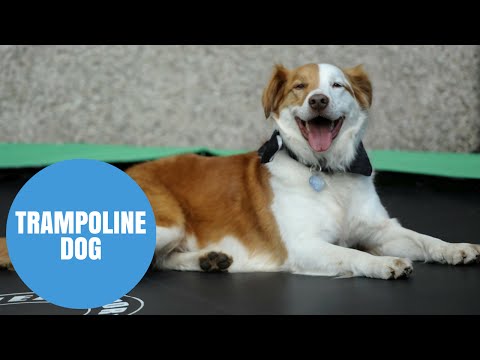