Whether it's vacuums or their own tail, some dogs just find things scary. Luckily for one pooch, he has his trusty human to guide him through those frightening parts of life - even when that means coaching him through a helicopter ride.

In a video shared on Instagram on Thursday, helicopter pilot Bradley Friesen prepares for takeoff and teaches his dog Mr. Bentley that there's nothing to be afraid of about the art of flight.

To make sure Mr. Bentley would feel as comfortable as possible, Friesen preps him for the different noises he might hear while up in the air.

"I'm gonna check the horn," he says in the video. Mr. Bentley, decked out in his custom protective ear gear, tilts his head in response.

In a separate video, Mr. Bentley looks out the window and gets the best view he could dream of while flying over Vancouver, Canada.

It's an impressive feat to bring a dog in a helicopter, but Mr. Bentley has learned to trust Friesen, who has helped him face many of his irrational fears.

Below is a video of Friesen encouraging Mr. Bentley to walk past a super scary ladder and electrical cord. 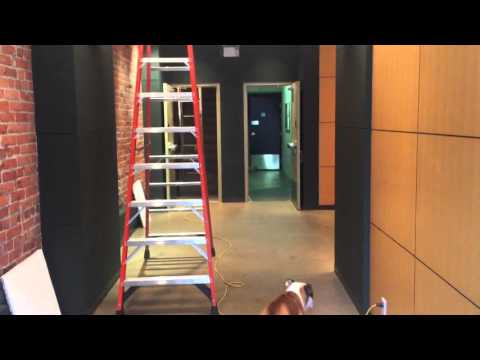 What's next for Mr. Bentley? With an owner like Friesen to act as his guide, the sky's the limit. Literally.

To see more of these two on their various adventures, you can follow both Friesen and Mr. Bentley on Instagram.

Below is a video of the two taking off in Vancouver. 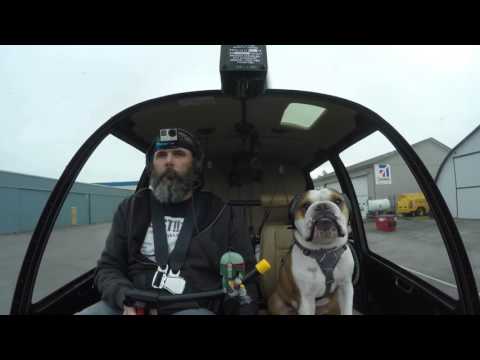