These 'Halloween' Animals Aren't As Spooky As You Think

Bats, spiders and ravens! Oh my!

With Halloween happening later this month, you’ve probably seen tons of spooky decorations pop up in your neighborhood. Witches, ghosts, skeletons and creepy animals, like black cats, bats and ravens, are all linked to the scariest holiday of the year. But are those spooky Halloween animals really that spooky? And if not, why are they symbols of Halloween?

The Dodo did some research into our favorite “Halloween-y” animals and realized that all of them aren’t at all scary — and yup, that includes spiders! In fact, all the animals connected to Halloween are actually super cool and deserve a ton of respect.

Read on to learn more about your favorite not-so-spooky Halloween animals.

Although scary movies tell us to be afraid of bats, there’s actually nothing scary about them! Bats first were connected with Halloween after author Bram Stoker wrote his famous horror novel Dracula in 1897. In the novel, vampires shapeshift into bats to help them get away with their nighttime blood sucking — and three species of real-life bats from South and Central America do actually feed on blood (though, rarely that of humans). But the other 1,300 species of bats feed on insects, fish and nectar.

When you take the time to learn more about bats, you see how awesome they really are. Just like our fingerprints, each bat has a unique pattern on their wings that make them completely different from one another. They’re also the only flying mammals on Earth, and like insects and birds, they pollinate plants to help us grow some of our favorite fruits, like bananas and mangos.

And have you ever seen a bat close up? Most of them are actually pretty cute. Just look at Statler, a 33-year-old bat who is enjoying retirement.

Bats can also recognize each others’ voices, which is really useful when you’re a bat living in a cave with upwards of 20 million neighbors! And while hunting mosquitos or other prey, bats use echolocation, which is basically seeing using sound. We honestly feel lucky to be able to share a planet with such incredible creatures.

The mystery and myth surrounding black cats dates back to the middle ages, when people in Medieval Germany and France believed black cats carried out curses put upon people by witches. Throughout the centuries following, black cats remained superstitious symbols of bad luck, and the Puritans who settled in Massachusetts brought that superstition to America, where it still exists today. Because of that, black cats have become one of the most popular Halloween animals.

Of course, there’s obviously no evidence to show that black cats are in any way evil. In fact, several other cultures outside of Europe worshipped black cats and saw them as good luck charms. In Ancient Egypt, for example, all cats (and specifically black cats) were connected to the goddess Bastet, and cat owners would often be mummified and buried with their cats because they loved them so much. People in Japan also believe black cats bring luck.

But some black cats like Ari seem to play up the black cat myth for drama — and we don’t blame her! 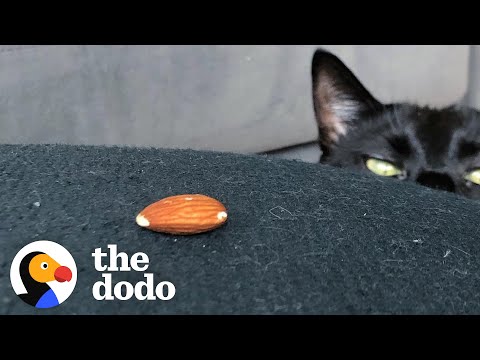 Sadly, because black cats have such a long and negative history, many black cats today end up in shelters because people still believe in superstitions. Encourage your friends and family to consider rescuing a black cat if they’re interested in adopting.

Wolves have gotten tied up in the Halloween season solely because of the ancient werewolf myth. Werewolves, like vampires, are mythical beings who can shapeshift from human form into the form of a beastly wolf. The myth of the werewolf has been around for thousands of years, with stories dating back to Ancient Greece with the Legend of Lycaon and Ancient Sumeria in TheEpic of Gilgamesh. The Norse (people of ancient Scandinavia) also had their own werewolf stories, as well. So, yeah — werewolves have been around forever.

But werewolves don’t actually exist in the real world, and real-life wolves are far from frightening. In fact, they’re actually close cousins to our own dogs and act a lot like them!

Wolves can live up to 13 years in the wild and up to 16 years in captivity. Male wolves can weigh over 100 pounds and grow up to 6 feet in length (and up to 32 inches tall). They hang out in packs that will travel anywhere from 25 square miles to 1,000 square miles depending on their location.

And wolves are a “keystone species,” meaning they play hugely important roles within their ecosystem. Without them, other plants and animals around them may cease to exist.

Unlike werewolves who threaten human lives, the opposite is actually true for wolves in the real world — because of human-caused land development, wolves’ habitats are decreasing. So, rather than being afraid of wolves, educate your friends and family about how great they are and why they are important to protect!

Though spiders and Halloween go hand in hand, a lot of people are afraid of spiders all year round. That fear of spiders is called arachnophobia, and some experts believe this phobia is actually rooted in human evolution. Because spiders can be poisonous, it’s believed that humans evolved to fear them in order to protect ourselves.

But why are spiders considered Halloween animals? In the Middle Ages, spiders were linked to witchcraft because people believed they used magic to weave such detailed webs. And it’s during the Halloween season that spiders mature enough to begin weaving webs, both inside and outside our houses — and what spooky old house doesn’t have spiderwebs everywhere?

There are over 45,000 species of spiders, but only a few are actually harmful to humans (such as the black widow and brown recluse) — but all spiders play an important role in their ecosystems, just like the wolf. Spiders act as natural pest control agents who eat harmful insects that could otherwise destroy crops people rely on for food. And just like the other not-so-scary animals on this list, humans are more of a threat to spiders than spiders are to humans due to habitat loss and arachnophobia.

Next time you see a harmless spider in your house, don’t freak out! Either let him continue living as your roommate, or place him outside or in another safe and warm area within your home.

Ravens and their smaller crow cousins have long been associated with death, darkness and Halloween. But why? Partly because they look kind of creepy and also because they scavenge for their food rather than hunt. And when Edgar Allen Poe wrote his famous and frightening 1845 poem “The Raven,” people only became more afraid of the big, black birds.

European cultures have passed down spooky stories about ravens, such as Sweden’s superstition that ravens’ calls are the voices of dead people and Germany’s tale of ravens being friends to witches.

And although ravens have been given a spooky role in many cultures, they’re actually not that spooky — in fact, they’re super smart! Just like parrots, ravens can mimic the calls of other birds and even humans, and can be super friendly and affectionate toward humans who care for them. Just look at this raven who acts like a puppy when his dad comes to visit him! 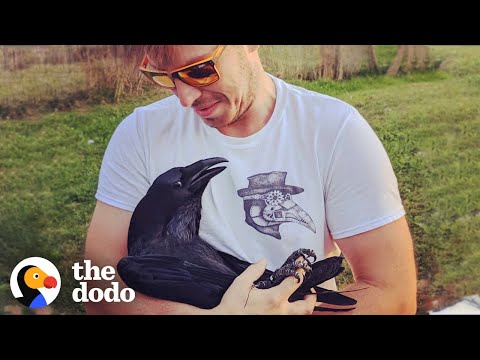 Ravens are also excellent problem solvers and often use logic to hunt and trick people or other animals. And sometimes you can even see them playing games with each other and doing gymnastics in mid-air.

Another Halloween animal who was linked to witches in ancient times is the wise old owl. Some cultures thought that owls were messengers for witches and did their bidding, and European myths link owls to death, ghosts and dark magic.
But today, more cultures actually believe that owls are symbols of good luck, wisdom and guidance. In Afghanistan, for example, people believe that it was the owl who gifted humans flint and iron so they could make fire. And the Aborigines of Australia believe that owls are spirits of women and are therefore sacred. The Inuit people of Greenland see the owl as a symbol of guidance and help.

The symbol of a “wise old owl” dates all the way back to Ancient Greece, where owls were linked to the goddess Athena, often associated with wisdom. Owls were perhaps thought of as wise because of their ability to see at night — they must have some sort of mystical inner light, the Greeks thought.

Neighboring Rome, however, thought owls were signs of death and evil. It’s funny how symbols can be so different in civilizations that existed so close to one another!

Again, superstition shouldn’t influence the way we think about owls. They’re incredible birds! Some species of owls, like the burrowing type, use tools to lure dung beetles out of their lairs to eat them. And most owls have evolved to grow natural camouflage feathers to blend into their surroundings. Plus, owls, with their big eyes and funny head movements, are pretty cute, too — just look at how beautiful Roger the owl is!

The Greeks were right. Owls are definitely more wise than they are spooky.

Now that you know there’s really no reason to be scared of or creeped out by these Halloween animals, you can help them gain more respect and protection by educating others about just how cool they all are.

How To Choose The Best Kitten Collars, According To A Vet

Kitten collars that look good and keep him safe 😻

Here’s What To Give A Dog For Constipation

Tips for when your dog won’t poop 💩

DodoWell
a day ago

The Seattle Mariners Have A New (Unofficial) Mascot On The Team

DodoWell
a day ago

What You Should Know About Cancer In Dogs

Here's what to do if your dog gets diagnosed.

Hint: Be prepared for a long friendship!

Why Is My Cat Terrified Of Cucumbers?

Read this before buying a DNA test 👀🐶

Just as fluffy as a bear but a lot friendlier.

How Do I Know If My Dog Has Bladder Stones?

Everything you need to know about bladder stones in dogs.

What Are The Symptoms Of A Stroke In Dogs?

Knowing the signs can help save your pup's life.

5 Healthy Options To Feed Your Bunny And What To Avoid

Here's what your bunny's diet should consist of.

How To Deal With Ringworm In Cats

Here’s what you can do if your cat has ringworm.