You'd never know it was there 💖

Dakota Fanning’s first dog was named Lewellen, and the two were best friends. The Alienist actress and her dog were so close that when Lewellen passed away, she wanted to do something special to not only honor her sweet friend’s memory, but also to make sure she was with her wherever she went.

Which is why, now, she wears a necklace with some of her late dog’s fur inside it.

“So I have her with me,” Fanning said during her recent appearance on The Kelly Clarkson Show. “It’s a shrine to Lewellen.” 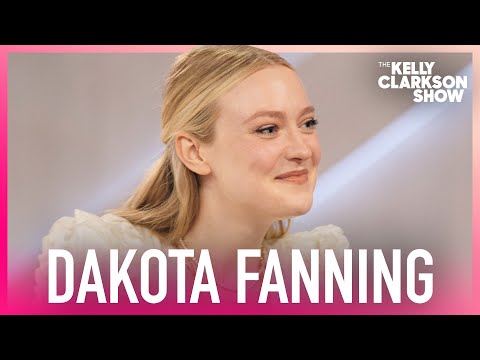 Lewellen was the sweetest little fluffy white dog, who often wore her fur in a little ponytail on her head. Fanning once posted a photo of her to Instagram sitting on a chair with dirty paws and wrote, “Thought I would share my perfect pup, Lewellen, with you all.” Another sweet photo shows the pair cuddling in bed and is captioned, “Home with my cotton ball.” Fans of the actress loved both of the photos so much and seemed incredibly supportive of Fanning and Lewellen's relationship, commenting things like, “The classiest dog ever,” and, “Awe, that’s so cute!”

When pets pass away, many people look for ways to memorialize them and keep their memory alive, and celebrities are no exception. The necklace is a reminder of how much Lewellen truly meant to Fanning. She and her sister, Elle Fanning, also started their own production company last year called Lewellen Pictures.

Michelle Pfeiffer, who appeared on the show alongside Fanning, joined the conversation, mentioning the many dogs she’s had and loved who have passed on, how she’s eager to adopt a new puppy, and her current pet, a cat named Bella, who she described as “a very special cat.”

Kelly Clarkson also chimed in about how much she loves her pets and complimented Fanning on her sweet necklace. It blends in with the rest of Fanning’s look so well and just seems like another beautiful piece of jewelry. You’d never know the story behind it unless you asked.

Lewellen was Fanning’s best friend, and even though she’s gone now, the necklace is a way for Fanning to keep her with her always.

Petbobi Dog Stroller for Large Pet up to 120 lbs

PetHonesty 10 in 1 Dog Multivitamin with Glucosamine