When Robert Fuller built a jungle gym with a trampoline in his yard, he had no idea that it would bring joy to more than just the little humans in his life.

The wildlife artist based in Thixendale, North Yorkshire, shares his property with many wild animals including hedgehogs, owls, foxes, badgers and a family of stoats.

The little stoats usually kept to themselves, avoiding spending time out in the open. But for the playful animals, the trampoline was too enticing to pass up. “I first noticed a stoat on the trampoline around 2015,” Fuller told The Dodo. “It had been snowing and I followed the stoat’s pawprints all the way up to the trampoline and all over it, too!”

Fuller set up a network of over 80 remote cameras in his garden to follow the lives of these secretive animals and was eventually able to catch a glimpse of the stoats enjoying his trampoline.

“When I developed my camera set-up a few years later, the trampoline was a prime contender for a camera and I soon had exciting clips of stoats bouncing and having fun,” Fuller said. “The stoat kits seem to meet at the trampoline to play and have fun! They seem to like the texture of the material and use it for particularly bouncy playfights and stretching.”

You can watch a little stoat enjoy the trampoline here: 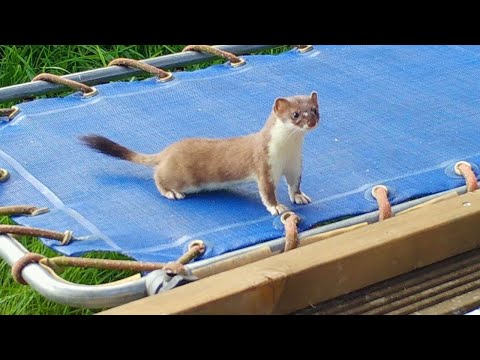 But the trampoline doesn't only bring out childlike joy in the stoat babies — it's also used by the little animals as a kind of training ground to practice skills they'll need as adults.

“The whole children’s climbing frame has been great for the kits to practice their hunting skills and even play a stoat version of hide-and-seek,” Fuller said. 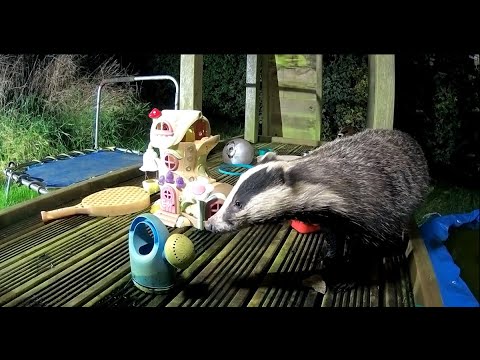 The stoats have since taken over the entire jungle gym, but they do share it on occasion with owls, badgers and other animals.

Fuller doesn't mind sharing either — he's just happy that he accidentally created the perfect habiat for his wild neighbors.