Baby Goose Is So Excited To See His Favorite Person

Almost every day for the past three years, Doug Carleton has gone to the same little park in his city. While he’s there, he hangs out, enjoys the view — and makes friends with all the geese who live there.

“I am generally good with animals, I can befriend the most snaggletoothed cat,” Carleton told The Dodo. “Geese were new to me, but I just picked up how to not alarm them or give them reason to fear me, and eventually all of them just became cool with having me amongst them and interacting with them.”

There are currently eight geese who live in the park regularly, and Carleton has names for every one of them.

“I can walk up to and just list them off as anyone would eight people they know well,” Carleton said.

The geese have come to accept Carleton as a friend, and they’ve also learned to trust him as well. 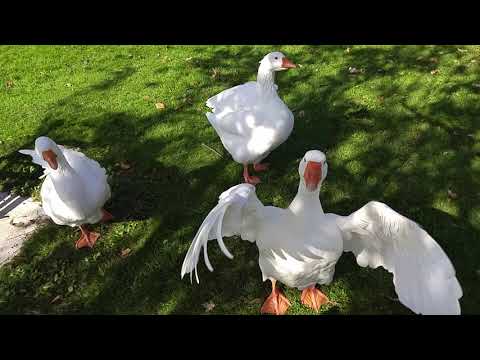 Back in June, Carleton got his first glimpse of a new gosling running around, whom he decided to name Sam. Sam was born on a little island in the middle of the pond where the geese sleep at night, and once he was strong enough to swim, his parents brought him to shore and Carleton was able to start to get to know him.

As time went on, Sam grew to be incredibly fond of Carleton, and now, whenever the baby goose sees him, he gets so excited and often runs up to greet him.

“He is the most passive of all the geese so far, geese tend to hiss at people when they get cornered/think someone is moving too close and ignoring the honking,” Carleton said. “I have never heard Sam hiss at anyone yet.” 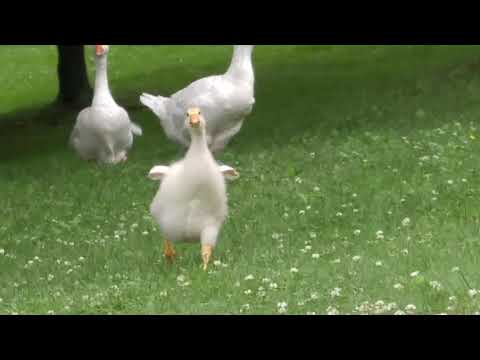 Sam trusts Carleton and loves seeing him whenever he comes to hang out at the park. Often when he comes running to him, the other geese will follow his lead, all eagerly waddling or flying over to greet their favorite human.

Carleton has a very unique relationship with all of his geese friends. He’s come to be very fond of them, and they love him just as much right back.