Crab With Knife Bravely Fends Off Idiot With Camera

Most wild animals presumably don't like being pestered for human amusement, but (for obvious reasons) this can be tough for them to put into words.

Recently, however, one crabby crustacean broke through this barrier by speaking to his harasser in the universal language of knife.

"OK, now just be cool and everything's gonna be fiiine."

Unfortunately, it's unclear where the crab got his shank or if he managed to permanently repel his harasser, but something tells us that the cameraman will think twice the next time he wants bother a (not-so-helpless) animal.

Watch the complete shellfish standoff below: 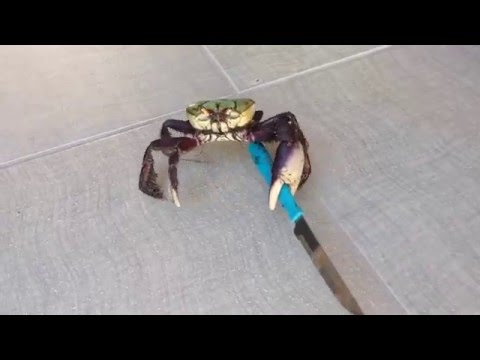