Why Does My Dog Bark So Much? (And What To Do About It)

Those woofs actually mean something 💗🐶

The UPS driver. The doorbell. The cat.

The list of what can send a dog on a barking tirade seems endless at times. Not only is excessive barking a serious problem for dog owners, resulting in stress, headaches and sometimes even a fine, it can also be a sign that something is bothering your pup.

So how do you tell the difference between a normal amount of vocalization and too much?

Before working to correct a dog’s behavior, you want to be sure there really is a problem in the first place. “A lot of times we think it’s a lot more barking than it actually is,” Shelby Semel, senior trainer and founder of Shelby Semel Dog Training, tells The Dodo. “What feels like excessive barking sometimes can add up to four minutes all day long, but may feel like the whole day.”

Before asking, “How do I get my dog to stop barking?” it’s important to understand that barking is a symptom, not a cause. Yelling at a barking dog may stop your dog from barking in the moment, but it will not produce a lasting, healthy change in behavior.

What is excessive barking? 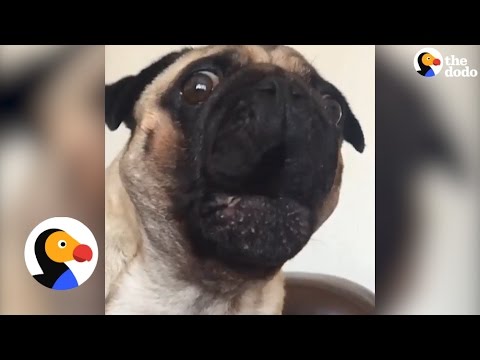 A dog’s barking shouldn’t interfere with his owner’s quality of life, but if your pup gets a little loud while playing or chasing a squirrel, sometimes the answer is just that ... dogs will be dogs.

If your dog is barking uncontrollably or unable to stop barking, or if all efforts to redirect his attention fail, your dog may be guilty of excessive barking, Semel explains. The longer a dog has been practicing this behavior, the more difficult the habit will be to break, but with hard work, patience and consistent training, your dog will learn to bark less.

Why do dogs bark?

Barking is an important form of vocal communication for dogs, but not all barks are equal. Some dogs may bark to protect their territory, because they are frightened, to get their human’s attention or simply out of boredom.

To get to the heart of why your dog is barking, Semel recommends dog owners keep what she calls a “bark and vocalization log.” Mark the duration of your dog’s barks — when they start and stop, what the bark sounds like (Was it high-pitched? Deep? A howl or whine?) and if something specific prompted the barking.

If no clear cause or trend jumps out after a few weeks of keeping the journal, the answer may lie in your dog’s day-to-day routine. How many walks does he go on? Does he get to socialize with other dogs? Is he trapped in the house alone all day?

“I tend to think the dogs that bark the most are ones that are under-stimulated either mentally, physically or both,” Semel explains. “By lacking in exercise or mental stimulation, dogs that are stressed out will bark more.”

Are some dogs more prone to barking than others?

No dog is immune to excessive barking, but some breeds do get a bad rap when it comes to being noisy. Occasionally, genes can play a role in how talkative a dog is, but it’s rarely the cause of a barking problem.

“Rottweilers’ and beagles’ barks or howls often stem from their hunting days,” Semel notes. “Yorkshire terriers, Pomeranians and Chihuahuas are a few that are known to utilize vocalization as a goal to get what they want.”

Often, it’s nurture not nature that determines whether a dog will develop a barking issue.

How do I train my dog to bark less?

Once you have gotten to the root of why your dog is barking, you can start working to change his behavior.

If your dog wants attention:

A dog who is barking for attention has one wish — to be acknowledged. It doesn’t matter if your reaction to his barking is positive or negative, it still reinforces your dog’s actions.

“If your dog is barking for attention, it is important that you do not accidentally reinforce this behavior by talking to them, touching them or looking at them,” Semel explains. “These are all forms of attention, even if you are pointing your finger at them and saying 'No!' They might stop in the moment, but they got what they wanted.”

Whenever your dog barks, instead of telling him to be quiet, immediately leave the room and return 20 seconds later.

Yes, you will have to continually pause whatever TV show you’re watching, but soon your dog will realize that his barking will make you go away — the opposite of what he wants. If you are not able to leave the room, try your best to ignore your dog while he barks.

With this form of training, the barking may get worse before it gets better, Semel warns, but it is all part of the process.

If your dog wants to alert you to something:

When your dog is barking to alert you to a doorbell ringing or a new person entering the house, redirecting your pup’s attention will help him calm down.

Semel recommends performing a quick interruption, like clapping, while saying, “Hey!” or the “sit” command. Then, ask your dog to perform a task incompatible with barking, such as lying down on his bed or guiding him to play with a toy or bone.

If your dog is scared:

Desensitize your dog by repeatedly exposing him to the stimulus, say, a person riding a bike. This works best in a controlled setting with a training or behavior expert. While your dog remains calm while in the presence of the scary thing, give him a particularly tasty treat, such as chicken or cheese. Each session, move the stimulus closer to your dog, and continue rewarding his good behavior with his favorite treats.

While working with your dog on these training exercises, make sure you are giving your pup plenty of long walks and mental stimulation. A tired pup is a happy (and quiet) pup!