This Pet Shelter Only Hires Homeless People Who Love Animals

The goal is help them get new starts — together.

More than three years ago, I rescued an older, injured dog named Mabel. I found her on the side of the road, in the middle of the Rio de Janeiro forest, as she struggled to walk.

At the time, my husband, David Miranda, and I already had seven dogs, so we thought, by adopting Mabel, that we were simply adding one more. We quickly learned, however, that Mabel was pregnant — very pregnant — with six puppies, which meant we had actually, and quite unintentionally, doubled our pack in one day, to 14 dogs.

We were able to find amazing homes in the U.S. for four of Mable’s six puppies, and kept two for ourselves. Several of the families who adopted Mable’s puppies described how those puppies enriched their lives.

Since then, animal rescue and animal rights activism has become an increasingly important part of our lives. Our pack has grown to 23 dogs — our limit, we swear! And we have picked up, fostered and placed for adoption dozens more. Each rescue is uniquely fulfilling and gratifying.

The compassion, empathy and self-sacrifice defining the relationship between those who are homeless and their pets is extraordinary. It is difficult to explain how affecting it is to watch a hungry, homeless person receive a desperately needed meal and, without a second thought, instantly divide it in half to share it with their hungry dog or cat. Leslie Irvine, a sociology professor at the University of Colorado, has devoted much of her academic career to studying this unique relationship, and even named her book on the topic, “My Dog Always Eats First.”

As this work became more important to me and my husband, we produced two short documentary films — under the direction of the film unit cocreated by Oscar-winning director Laura Poitras — that showcased two different cases of homeless people devoted to animals.

The first, “Birdie,” told the story of an ex-convict who now lives on the streets, selling fruit and devoting himself to the care of his two dogs. The other, “Karollyne,” detailed the truly amazing story of a trans woman who is the matriarch of a homeless family that squats in an abandoned building and cares for dozens of dogs, cats, monkeys and other animals — most of whom were cruelly abandoned by people who drove the unwanted animals to the forest and dumped them.

Last year, inspired by these examples, David and I resolved that we would tap into this uniquely powerful bond and use it to create a new model for providing support for both the homeless population and the animals they care for. We developed a plan for a new type of animal shelter, one that does not yet exist anywhere in the world.

The core idea is that the animal shelter will perform many of the functions of traditional shelters: rescue animals in need, provide them medical care and work to place them with suitable families for adoption. We also intend to launch a public campaign to encourage animal adoptions, and create a centralized website for people who lose their animals and people who find animals to access one another.

But the unique attribute is that the shelter will be staffed exclusively by homeless people who live on the streets with their pets and thus have a demonstrated affinity for caring for animals in need. By providing them employment in animal shelters centered around the passion they have already developed — along with social work and other services to aid them in managing their income and transitioning them from the streets into permanent employment — we believe we can utilize the mutual support that homeless people and animals in need provide one another in order to help both.

The goal is to simultaneously empower and improve the lives of as many homeless people and homeless animals as possible. We hope — and genuinely believe — that the success of this project can serve as a model, a template, for inspiring similar shelters in other cities around the world.

As we developed this idea, the perfect opportunities seemed to fall into place almost like magic. Late last year, I wrote a profile, and produced a short film, about a same-sex Brazilian couple who set out to adopt a child, only to learn at the last minute that the child they intended to adopt — a 5-year-old boy — happened to have two older brothers, 8 and 11, also in adoption shelters. Despite their own financial difficulties, the couple adopted all three boys at once, and quickly formed a loving family.

The father whose income supported the family, Francisco David, learned that his employer was going bankrupt, and he would thus lose his job.

It became immediately apparent that Francisco was the ideal person to spearhead our project. His upbringing — raised in poverty by a single grandmother — made him naturally suited to understand the plight of the Brazilian poor. That he had just adopted three parentless children demonstrated his eagerness to help those most in need. And his work experience — the job he lost was as a supervisor of construction projects — meant he had the ideal skills to develop a realistic blueprint for the shelter. So Francisco became the shelter’s executive director.

Then we found our first homeless hire. In March, I was walking in Ipanema, one of Rio’s richest districts, when I saw two young homeless men — Lucas and Wallace — caring for an obviously sick puppy with incredible devotion and tenderness. They had watched countless wealthy people step over the obviously distressed puppy until they decided they could no longer bear to watch her suffer.

They picked her up, and spent hours going from one veterinarian to the next until they found one willing to treat the puppy for free. She was diagnosed with a serious, usually fatal, neurological virus to which unvaccinated puppies are particularly vulnerable. The virus was already too advanced to cure, but the puppy’s tragically short life was made so much better by the constant love and attention she received from two people who often have difficulty feeding themselves.

One of the two — Lucas, 20, who also has an adult dog of his own — became the first homeless person hired, and he is now working directly with Francisco to develop the shelter. The salary he began receiving has enabled him to rent an apartment and begin to stabilize his life.

CREAS will then provide ongoing support to help the new employees obtain identification, open bank accounts, manage their finances and ultimately find both permanent housing and permanent employment outside of the shelter. Finding an infrastructure of social workers and other experts in the homeless population — to help them convert this employment into a means to exit the street permanently and create a stable life — was a critical piece to our puzzle.

We have also secured the support of a team of volunteer veterinarians, nurses and animal rescue activists to provide medical care to the shelter animals. In sum, there exists now an exciting foundation and a blueprint brimming with potential, to build this new type of homeless-run animal shelter.

The only piece the shelter is now missing is public support. We are initiating a campaign to seek donations and other forms of aid from those who wish to help get our shelter off the ground and sustain it into the future.

The central challenge we face is the severe economic and political crisis plaguing Brazil. Harsh austerity is being imposed across the board and, as usual, those who are most marginalized, most voiceless, most in need, are the ones bearing the brunt of the suffering. The few services that existed for both homeless people and homeless animals have been slashed or eliminated altogether.

In 2016, my husband successfully ran for a seat on the Rio de Janeiro City Council. He featured programs to help the homeless population, as well as animal rights, as a centerpiece of his campaign,  only to find, upon taking office, that the finances of the city, the state and the federal government are so dire that obtaining any funding for such programs is virtually impossible. One of the first announcements of Rio’s newly elected conservative mayor was the elimination of the office that provided services to the city’s animal population.

That’s why we are turning to the public for help. We were able to obtain modest start-up funding by circulating our proposal to several individuals who have a history of supporting both homeless programs and animal rights activism. That is what has enabled us to initiate the project, make our first couple of hires and begin work to get the project off the ground.

But more is needed to make this project a reality, and to fulfill the potential we genuinely believe can be achieved. We estimate that the annual expenses for the shelter — including medical care for the animals, and the salaries for our homeless employees — will be roughly $250,000 USD. We also have to either purchase or rent the locale for our shelter. We are still attempting to raise private funding, but now see that public support will be vital.

We are very eager to demonstrate the power of this project so that other similar shelters are created around the world. We will provide regular video and written updates on the homeless people we hire and the animals we rescue and place for adoption.

Anyone who loves animals and has ever adopted one knows what a fulfilling and rewarding experience it is. For those who live on the street — who struggle with the most basic needs and are often rendered invisible — adopting and caring for a pet becomes their central means of fulfillment and purpose.

To tap into that love and this unique bond, to unleash that passion and energy, can create unlimited benefits for both. We would greatly appreciate your help in making this vision a reality.

For more information on how to donate, please visit the shelter's GoFundMe page. 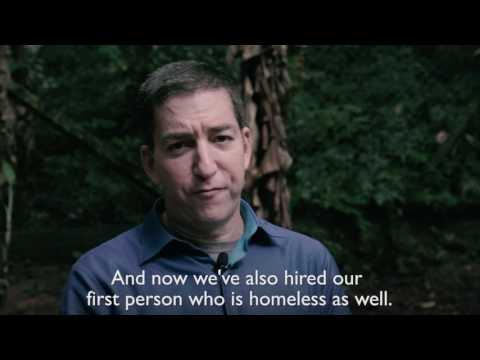 Watch the Field of Vision documentaries, "Birdie" and "Karollyne," below. 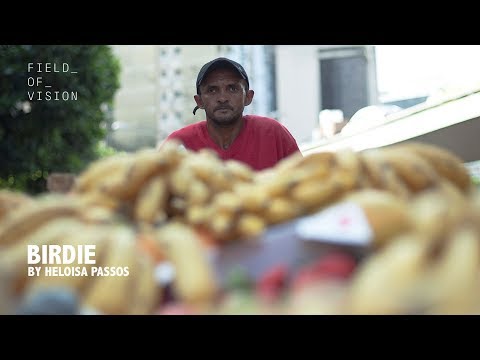 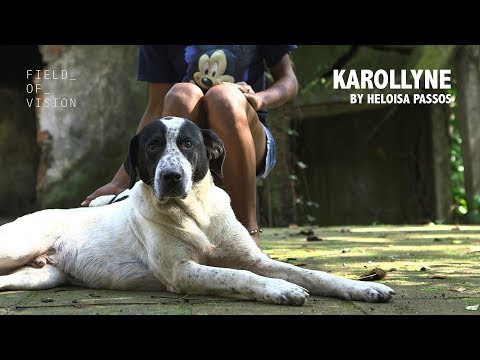