This Truly Charming Dog Responds Only To 'Harry Potter' Spells

Looking to be spellbound?

Remus has you covered.

Rather than train Remus to respond to traditional behavior terms, Brisbin decided to take a "Harry Potter"-inspired approach. Now, instead of issuing commands to her pup, she casts “spells” in their place.

And sure enough, with a wave of her wand, Remus nails them all. Here's footage of the dog in action: 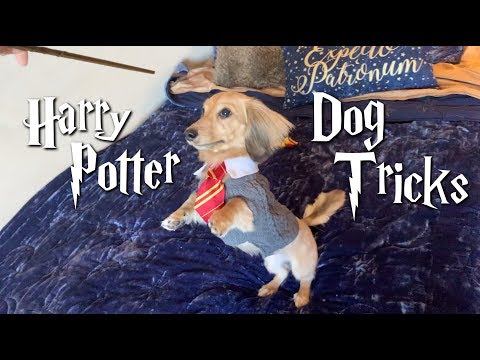 According to Remus' Instagram page, the year-old pup's "Harry Potter" training began when he was 2 months old — encouraged, no doubt, by lots of love and plenty of treats along the way.

Still, wizardry is exhausting work — so, as Brisbin casts it, "expecto patronap."

Magic aside, Remus sure has us under his spell.