Meet Bacon — a cat who knows exactly how to ask for what she wants.

But the independent calico doesn’t communicate with a normal “meow.” She’s actually learned how to mimic her mom’s words. Well, two words, to be exact: “Uh-oh.”

The first time she did it, Bacon’s mom and dad couldn’t believe their ears. “When we get up in the morning and go to feed her without thinking we would say, ‘Uh-oh! your bowl is empty,’” Barbara Jones, Bacon’s mom, told The Dodo. “Out of the blue one morning, she said ‘Uh-oh’ first very clearly!”

Both of Bacon’s parents heard her say “Uh-oh” but when they tried to get her to repeat it, Bacon refused to open her mouth. “She is a cat after all,” Jones said. 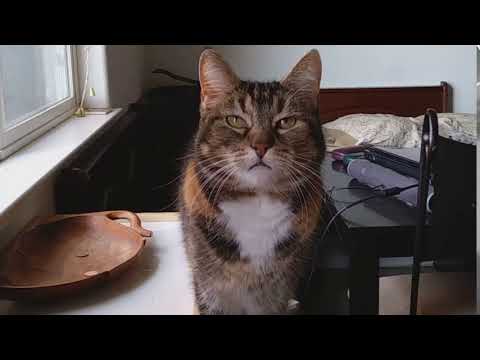 But they didn't have to wait long for Bacon to say her new favorite word again. The next day, Bacon said "Uh-oh" when her parents came down to feed her, and has continued to say it almost every day since.

“Now when we ask her, 'Do you wanna eat?' she responds with a hearty ‘Uh-oh,’" Jones said.

You can watch the surprising video here: 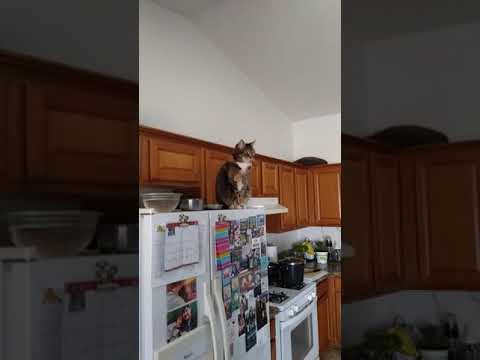 Jones and Bacon’s relationship has been close since the moment they met 11 years ago. “I heard a kitty just yelling outside my apartment. I opened the door and she ran in,” Jones said. “Bacon picked me.”

When Bacon wants food, she uses her words. But when she wants love, she never has to ask.