Elephants forced to perform tricks for a circus in Belarus were seen hurrying to the aid of their fellow captive after he slipped and fell during a dangerous stunt.

Audience members watched in horror as the large animal began to tumble from atop a pyramid of stools upon which he had been prodded into standing. As video from the incident shows, the elephant fell about six feet down, crashing into the ground on his side while narrowly avoiding onlookers in the front row. 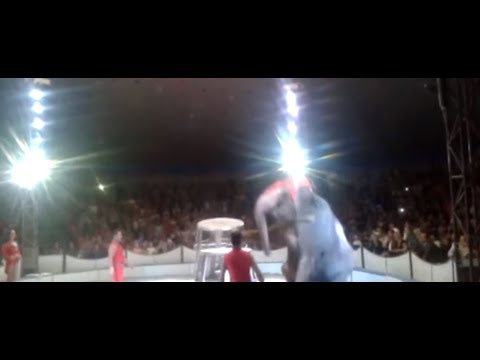 Amazingly, immediately following the painful slip, two other elephants standing just outside the center ring rush into view to check on their fallen friend. Footage taken from another angle shows the concerned animals lingering by his side as he struggles to get back up on his feet. 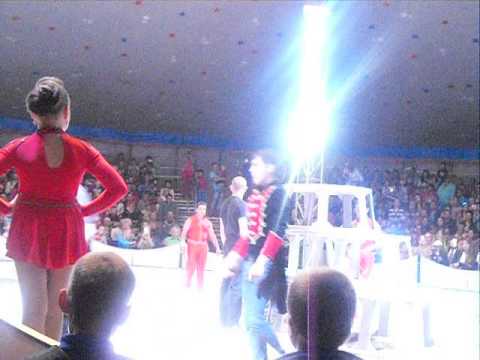 No spectators were hurt in the fall, but Belarus media outlets report that the elephant was injured. Still, despite the trauma, he will soon be made to perform with the circus again.

The incident underscores the dangers faced by elephants made to engage in unnatural performances, but what takes place behind the scenes at animal circuses is even more shocking. Training elephants to perform in circuses routinely involves a variety of abuses aimed at breaking their spirits through fear and intimidation.

Fortunately, the use of animals in circuses is fading throughout the world. A growing number of nations and local municipalities have outlawed the practice in light of animal welfare concerns. The United States has yet to enact a nationwide ban, but change is underway regardless. And Ringling Bros., one of the largest circus operators in the nation, announced that it would voluntarily cease to use elephants in its performances.

Want to help elephants like these? You can make a donation to the Performing Animal Welfare Society, a group that works to help animals used in entertainment and provides elephants and other animals rescued from the circus with a forever home.