Chained-Up Dog Kisses Rescuer As She Frees Him

"I'm always amazed by animals' ability to respond to kindness even after cruel treatment."

The dog sniffed the animal control officer, who was cutting off his chains. He gently sat down next to her.

Then Maura Davies, a spokesperson for the SPCA of Texas, saw him "put his paw up on her hands and come in for that kiss on her cheek," she tells The Dodo. "I'm always amazed by animals' ability to respond to kindness even after cruel treatment."

This week, the dog was rescued along with two horses, both in bad shape, from a property in Dallas.

Investigators also found another dog, who hadn't made it.

A woman who told Fox 4 that she rents a house on the property said the animals belong to her husband - and that the couple had been living away while their home was being renovated.

As of now, the SPCA of Texas expects to file criminal charges, says Davies.

Next week is a hearing, during which the court will determine whether the SPCA of Texas gains custody of the animals so that they can be rehabilitated and put up for adoption, or if they must be returned to the owner.

Until their fates are decided by the court, they are being cared for by the SPCA of Texas. 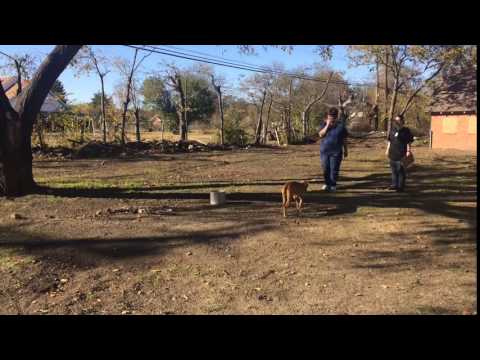 And given good food, water, a comfortable place to live and "plenty of TLC ," says Davies.

They have new names, too. 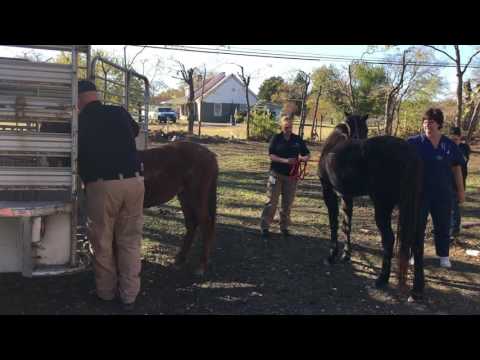 The horses are called Treasure and Pirate.

And that sweet, forgiving, no longer chained-up dog is called Buck now.

One more sign about just how different life is: It's a name he basically chose for himself.

After the dog was freed from his chains, he was brought to the SPCA of Texas's Emergency Rescue Center. There, a veterinarian examined him - and also set out to help pick his new name.

She called out some possibilities, and when she got to Buck, "he perked up," says Davies. "When our veterinarian called out that name, he lifted his sweet head."

We'll update this story when we have more information about the outcome of the case. You can help the SPCA of Texas fight animal cruelty here. 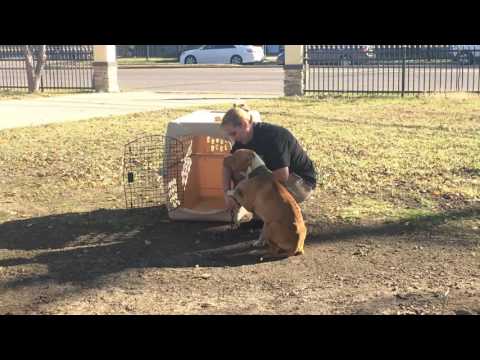