Cats Are Totally Better Than People. Here's Why.

Even though cats hardly seem to care how fantastic you think they are, research has shown that they are, indeed, fantastic. Here's proof.

Cat minds give the human mind a run for its supremacy. A cat's brain is 90 percent structurally similar to a human brain - more similar than it is to a dog's. And a cat's cerebral cortex has 300 million neurons, which could mean that cats are better at solving complex problems than dogs are, who have only about 160 million.

Cats mimic the sounds human babies make to get their human to cave to their every desire. 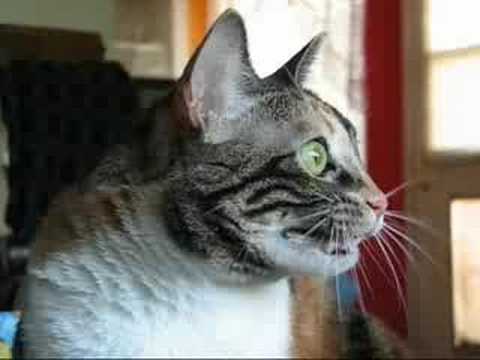 One cat fell 32 stories onto concrete and had only minor injuries, like a chipped tooth. How do cats miraculously survive falls from great heights? Cats have evolved to live in trees, so their legs are springy and capable of absorbing the shock of impact. As cats fall, they create a kind of parachute with their legs that might slow the velocity of the plummet.

Cats can spring up off the ground like few other animals can - up to five times their own length into the air.

Cats can run faster than the fastest human ...

... and can see well in the dark - they have extra eye cells that allow them to see in mostly lightless places.

Cats' ears can move in two different directions at the same time and can even rotate 180 degrees. And they have a special organ called the Jacobson organ, which gives them a hypersensitive sense of smell.

Cat purrs are therapeutic - and some cats can purr as loud as air conditioners.

Cats can help your health and even reduce your risk of stroke ...

... and boost your love life - many consider cat-loving men to be quite the catch.

Cats can also sense when others need help ... even human beings.

If that isn't superior, we don't know what is.