Chief was found chained to a fence in the blazing Arizona heat in May 2000. The people of the small town of Queen Creek were not sure what to do or whom to call about the horse. Some townspeople brought him some water and hay, thinking someone would come back for him.

But no one did.

Days passed and Chief remained chained to the fence. Then, some local cowboys came to cut the horse loose. They loaded Chief into a trailer and took him to a local community ranch. There, he endured terrible abuse, according to Kim Meagher, founder of Wildhorse Ranch Rescue (WHRR) in Gilbert, Arizona. The staff even used him as a gelding demo - without anesthetic.

The ranchers eventually decided Chief was of no use to them, so they called Peter McEvoy, a horse shooter from the nearby Out of Africa Wildlife Park.

But McEvoy knew it wasn't Chief's time to die. There was nothing wrong with Chief except that he was unwanted.

Someone to rescue him

McEvoy called Meagher. "He called me and said, 'Kim, I have a horse here and his only problem is humans,'" Meagher told The Dodo. McEvoy gave Meagher Chief's location, along with that of another unwanted horse named Twinkle Toes. "If you could rescue them that would be fantastic; we're not going to take and kill them," McEvoy told Meagher, who went to the ranch, picked up both horses and brought them back to WHRR, an equine rescue and sanctuary founded in 1995.

"He was pretty pathetic," Meagher said of Chief, who was most likely in his late 20s when he arrived at WHRR. Horses typically live between 25 and 30 years, depending on the type of horse, and ponies can live into their 40s. Chief had scars all over his frail body, as if someone had a used a knife on him, according to Meagher. He was afraid of people. "If you walked by his stall, he would shake and clench his eyes closed. So we just fed him, mucked his stall and talked sweet to him. It took about three weeks for him to start opening his eyes and actually look at us."

Chief began to trust the volunteers and other horses. Little by little, he became part of the herd that included Lady, WHRR's first rescued horse, and Dunny, its second resident.

Both Lady and Dunny arrived at WHRR in 1995. Lady's previous owner was elderly and loved the beautiful, white 10-year-old rescued BLM mustang, but the woman didn't have the physical ability or time to care for the horse. Dunny also was given to WHRR by a family who could no longer care for him.

Eventually, Chief found his place with the other horses and grew to love his caretakers. He frolicked, played and got to live life as part of a herd. Chief was even nominated for and won the Friends Of Animal Care & Control Survivor Hero Award in 2003 for having survived a life of abuse and neglect prior to arriving at WHRR.

He began to lose his sight

As time went on, Chief started to bump into things, and it was happening more often. "We worried about this eyes and noticed he was following Lady," Meagher said. "He would get behind her and nudge her butt as if to say, 'Take me for a walk.' They had not really had a bond before this."

Lady obliged and started leading Chief. "About 90 percent of the time she'd say 'OK.' He would follow her almost with his nose touching her," Meagher said. "Every now and again he'd nudge her and she would put her ears back and swing her head toward him, and you could almost hear her say, 'I'm not in the mood right now!'"

But Chief would nag Lady until she finally gave in. Chief always won.

"She was really very kind to him and took good care of him," Meagher said. "They did look like an old married couple - like they were married their entire horsy lives."

The pair did typical horse things. They would stand head to tail. Lady would swish the flies off Chief and vice versa. Chief never went too far away from her.

Sadly, the veterinarian said Chief suffered from a degenerative eye condition and that there was no treatment. Chief eventually lost his eyesight completely and often had to wear a fly mask to protect his eyes. The mask had padded bumper guards to prevent him from banging his eyes and injuring them.

As the years went on, Chief and Lady's relationship grew stronger, and Chief relied more heavily on the beautiful white mare. The herd continued to grow as WHRR took in more animals.

In 2005, however, the unthinkable happened. Lady was in severe distress, so Meagher called the vet, who immediately came out to investigate. Lady was dying. And Chief knew something was wrong.

"Chief was yelling in the barn so we could come get him," Meagher said. "He was panicked and screaming running back and forth in his stall banging into walls and the fence. He just would not calm down, so we had to halter him and bring him next to her during the exam."

Lady knew he was there. "I think it comforted her instantly," Meagher said. "The roles were reversed; now he was providing comfort for her."

Chief stood next to her throughout the entire procedure. "When Lady was gone he stood over her for the longest time, and of course we finally had to put him up in his stall in the side corral," Meagher added.

Devastatingly, Lady did not survive. When the truck came to take Lady's body, Chief screamed for about an hour. "It was heartbreaking," Meagher said. "We all just balled. What could we do? How do you comfort that?"

"We were always thankful that Lady was a lot younger than Chief, because we just couldn't imagine him without her," Meagher said. "We always thought Chief would go long before her since he was quite a bit older than she was. When it happened the other way around it was pretty devastating."

Chief was lost after Lady died. The volunteers could not let him out of his stall without Lady as they did not think he would be safe. He would have to be with a volunteer, although most of the time Chief preferred to stay put.

A few months after Lady died, Meagher decided to try pairing up Chief with Dunny, who basically took over for Lady. "Just the fact that he allowed it was a pretty big move for Dunny," Meagher said.

Their friendship lasted until Chief passed away on New Year's Day of 2009. No one knew his exact age, but the vet had him at 37 years old when he died surrounded by WHRR's board of directors and volunteers who loved him until the end.

During their lives together, Chief and Lady had a deep sense of caring for one another, according to Meagher. They were in a herd of other horses, yet they paired off and stood together every day. "They honestly had an unbreakable bond that was pretty amazing," she said. "I've known humans that didn't have that kind of bond that those two horses had."

"Every one of us, every being has value," Meagher added. "We all seek comfort, love and safety. And often, beautiful friendships blossom from the most soiled beginnings."

Rhona Melsky is an advisory board member of Wildhorse Ranch Rescue. 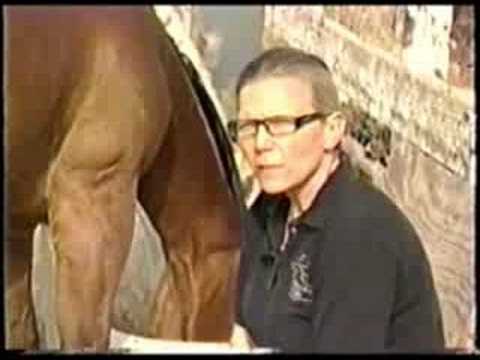