There's no shortage of factors to consider when setting up a golf shot, like pin position, wind speed, and placement of hazards along the course -- but interference from birds usually isn't one of them. 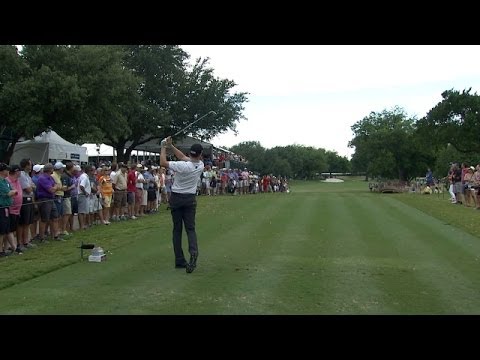 At first, neither Walker or TV announcer Peter Oosterhuis thought the bird had made contact with the ball, but upon reviewing the footage afterwards, both decided that it actually had nudged it.

In fact, Walker later tweeted that bird's intervention may have actually helped him avoid an even worse lie in the deep rough.

This certainly isn't the first time wildlife has stepped in to add a bit of color and unpredictability to the typically tepid world of televised golf. Check out the PGA's top ten animal encounters.