People love taking pictures of cats - there are galleries of smooshy cats on glass, cats reenacting their kittenhood and cats painted 500 years ago in Japan. Researchers have also captured cats on camera, giving us a close-up look at some of the rarest cats on the planet. Improved imaging technology, as this short video from Vox describes, allows conservationists and scientists to shed new light on the mysterious world of rare big cats.

Camera traps, which are motion- or heat-activated cameras placed in remote locations, have caught images of elusive species like the Amur leopard, the rarest big cat on the planet.

Thanks to infrared technology, camera traps can work at night, too - see this cheetah on a nocturnal prowl.

And it wasn't until 6 years ago that the Bornean bay cat was caught on camera for the first time:

Check out more rare felines in the short film here: 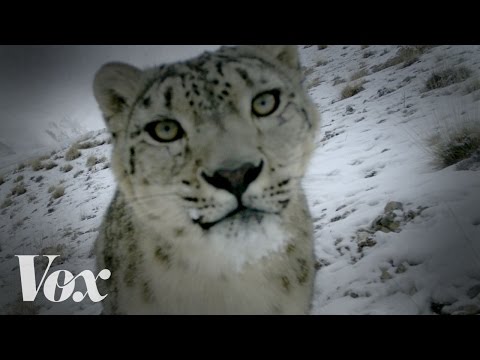 For other glimpses into the wild world of big felines, check out this tiger dad out for a stroll or this rare Pallas cat making his foray into Nepalese wilds.