When The Mother Wolf Died, Someone Unlikely Stepped Up To Help These Cubs

Staff at Nordens Ark, a zoo in Sweden, suddenly found themselves caring for two maned wolf cubs when their mother tragically passed away from tumors just six days after they were born.

Because their mother had taken such good care of them the first few days, the staff decided to try bottle feeding the cubs, and the results were successful (and adorable).

As the cubs continued to be bottle fed they grew bigger, stronger ...

And of course, more playful. 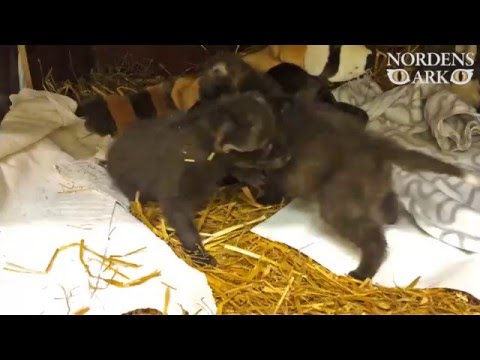 Sadly, they were still without a role model or someone to care for them, but there was one person that staff thought maybe be able to help ... their father.

"Maned wolves are solitary and live alone even though the male and female share the same living area, so the female takes sole care of the cubs," a staff member at Nordens Ark told The Dodo. "Our male has been very involved from the beginning and has stayed outside the den to guard the cubs."

Since the dad of the pups seemed unusually invested in them, the staff decided to try introducing him to the cubs ... with the sweetest results. 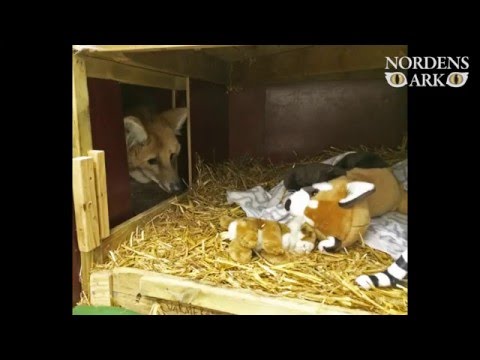 Despite his normal role, the wolf knew that his cubs needed him, and so he stepped up to care for them when no one else could. The sweet cubs may have lost a mother, but they still have a family.

Check out the full video of the cubs being bottle fed below: 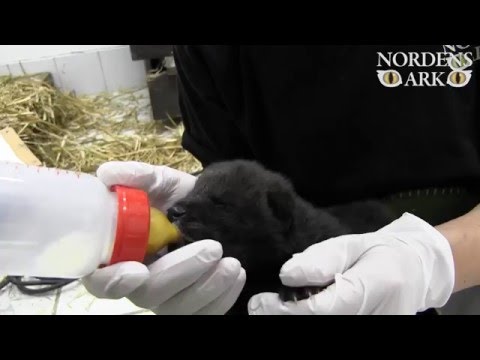