This Is The Tiniest Horse Ever. And He Will Chase You DOWN.

He's way faster than you think.

This mini horse has barely seen the world - but he already likes what he sees.

A recent video shows the teeniest, tiniest miniature horse - only 3 days old - chasing after one of his carers, whom he's apparently decided is his new best friend. And it might just be the cutest thing in the history of the universe.

Wherever his new friend runs, the tiny horse follows. And when he finally catches him and get some well-deserved pets, he wags his little horse tail just like a puppy.

How could you run from this little guy?

Of course, his protective mother - who appears to be named Grace - eventually steps in to end the playtime.

But think that's the end of mini horse's adventures? Think again. Here he is being utterly perplexed by how gates work.

And here he is just being happy because he finally caught his friend.

He might be brand new, but he's already stolen our hearts. You'll want to watch the full videos below. 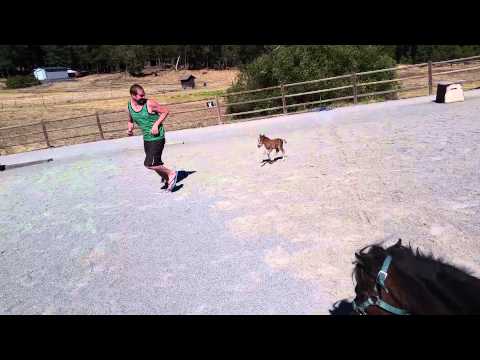 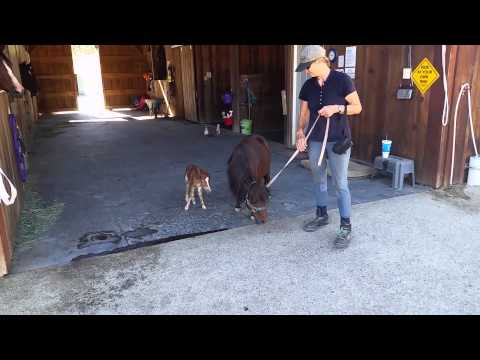 Note: While we understand if you want to run out and get five mini horses of your own right now, remember that miniature horses, like normal-sized horses, are demanding pets that require specialized knowledge and care. And thousands of miniature horses are abandoned every year when people no longer want them, so if you're a prepared prospective owner please adopt!