Baby Moyo was found when he was only a few days old, nearly drowned after being swept away from his family while trying to cross a river. He was brought to Wild Is Life, where Roxy Danckwerts, the sanctuary's founder, became his everything.

When Moyo was still very small, he used to follow Danckwerts around her house, never wanting to let her out of his sight. Now 14 months old, Moyo still loves to follow Roxy everywhere ... but his rapidly growing size makes this a little tricky.

... or that some household items simply weren't meant to be eaten.

... and nothing is going to stop him from following his rescuer around ...

... because he just loves her too much.

Check out the full video of Moyo and his rescuer below: 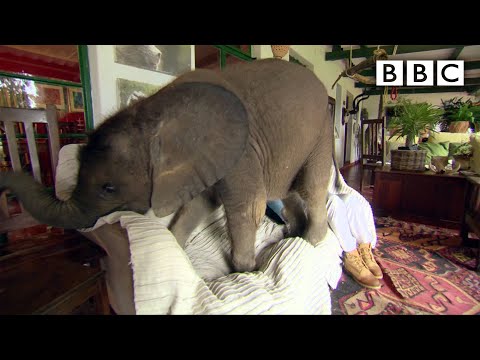