The world's rarest cat may not be lost forever after all.

In 2007, just 30 Amur leopards roamed the planet. Today, about 65 of the spotted cats are padding through their snowy habitat in Asia.

A critically endangered subspecies of the leopard native to China and Russia, the Amur leopard population was counted by a camera trap census over 900,000 acres of primary leopard habitat. Scientists collected around 10,000 photographs to identify the distinctive pattern of spots on the leopards' fur.

The cat's stunning spotted fur has also been his downfall. Undercover investigations have found Amur leopard skins for sale illegally at local markets near the cat's habitat. One report by the Amur Leopard and Tiger Alliance found that over 14 months in 2002 and 2003, seven leopard skins were confiscated, six in Russia and one in China - no small number when considering the total population. And all for this: skins have been found on sale for $500 to $1,000.

Habitat degradation, development and the loss of prey animals have been problematic for the subspecies as well. But an aggressive conservation program and the creation of a protected national park over 650,000 acres of the leopard's habitat have been credited with bringing it back from the brink.

"Such a strong rebound in Amur leopard numbers is further proof that even the most critically endangered big cats can recover if we protect their habitat and work together on conservation efforts," Dr. Barney Long, who leads Asian species conservation for World Wildlife Fund, said in a release. "There's still a lot of work to be done in order to secure a safe future for the Amur leopard, but these numbers demonstrate that things are moving in the right direction."

BBC did a fantastic "Planet Earth" segment on the iconic cat: 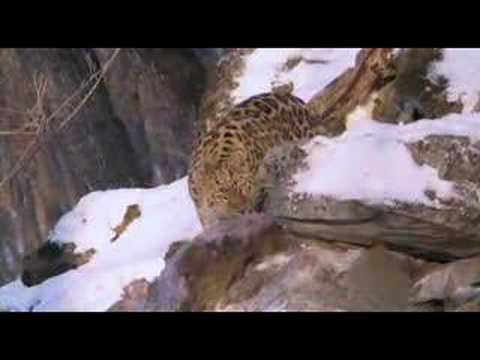 Coincidentally, camera trap footage released last week recorded a rare instance of another big cat in the area: the Amur tiger, a species whose numbers have also been slowly rebounding after being nearly wiped out by poaching. 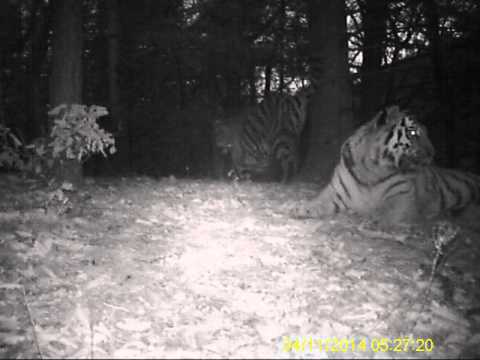