Who says cows can't be cuddly?

Like many kids applying a fresh perspective on the world around them, 5-year-old Breanna looks at animals a little differently than most adults. That may be why, when given the chance to sneak her four-legged friend, a cow named Izzy, into the house for a nap, it was an opportunity she couldn't pass up - or really explain.

The girl's mother, Billie Jo Decker, was understandably surprised to find a bovine in the family's abode, and offered her daughter a chance to come clean. Breanna tries her best to summon a satisfactory excuse, but a 5-year-old's fibs tend to be as creative as her imagination.

Fortunately, Decker's stern approach quickly gives way to understanding. As it turns out, she too has a different way of looking at the animals she raises on her small farm in Pennsylvania. 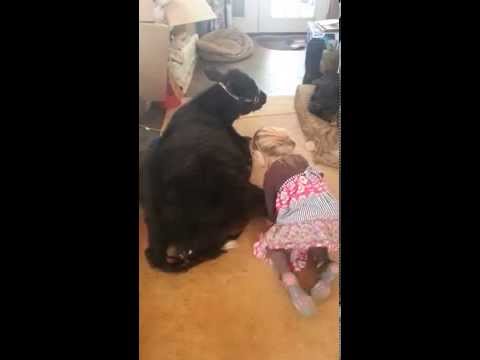 Decker says that Izzy will serve as "Matriarch of Cows" on the farm, though she's already royalty in their hearts.

"I love my animals and my children love animals as much as I do," she writes.