A Year After Blackfish, Tilikum The Orca Is Still Languishing In A Too-Small Tank

Three years ago, a male orca whale named Tilikum dragged a trainer named Dawn Brancheau under the water in his tank at SeaWorld Orlando, tragically killing her. The incident brought the issue of orca captivity into an international spotlight and Tilikum became the focal point of the 2013 CNN documentary "Blackfish," which reported animal welfare violations and human safety risks at SeaWorld.

Now, Tilikum still wades in his tank in Orlando, and little has changed both for the amusement park's animals. He can be seen in this Google Earth image in his tank:

Google Earth Another shot shows other orcas at SeaWorld Orlando as well:

Google Earth A visitor to the park recently captured this disturbing footage of Tilikum wallowing in shallow water, awake but motionless and floating on the top: 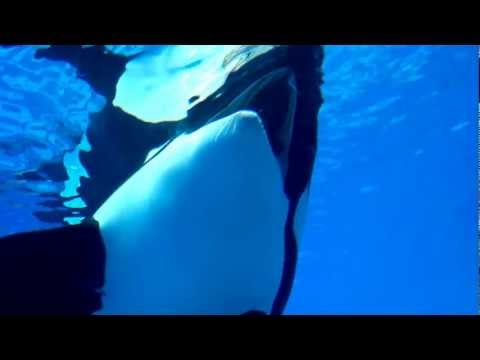 And here's more footage of the whale swimming circles in his tank: 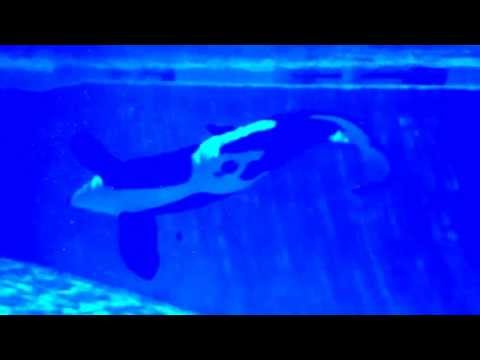 Marine mammal scientist Naomi Rose of the Animal Welfare Institutetold The Dodo in January that this behavior is certainly not natural, and a sign of a deeper problem:

These are animals that never stop moving in the wild – even when resting (they do not sleep the way we sleep) they slowly swim forward. In captivity, they can spend hours "logging" (remaining motionless at the surface). This is the epitome of unnatural behavior. Captive orcas are the equivalent of couch potatoes. Some are more active than others, but none are as active as they are in the wild. They almost certainly have health issues that are related to this lack of activity, just as with humans – it is certainly one easy explanation for their shortened life spans in captivity.

Other footage has shown Tilikum receiving a treatment known as "tooth flushes," routine hose sprays into the animal's mouth to clean it. Because he is often chewing on the concrete and metal gates, Tilikum's teeth are badly damaged and are highly susceptible to infection. 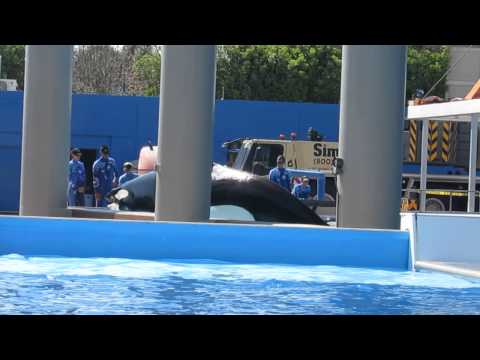 This isn't new, writes David Neiwert for The Dodo:

Captive orcas routinely show damaged dentition, primarily broken and worn teeth with the pulp exposed. This is in contrast to wild orcas: many show little or no tooth wear, while those who do tend to specialize in prey with abrasive morphology. Broken teeth in wild orcas are rare.

Activist Heather Murphy of Ocean Advocate said that she visits Tilikum regularly at the park, and has observed the whale displaying unnatural behavior:

Even when he comes out, he is very labored and moves slowly. The last time I was there, he splashed for a while then swam in circles until the music ended and the show was over. He never breached during his splashes but just went from side to side of the pool doing fluke splashes ... In general, it doesn't seem like the trainers know what to do with him. I am amazed that he has the will to stay alive. He's in a small pool and hardly ever even moves. I am also worried about how this is effecting Trua [another orca in Tilikum's tank]. Trua seems to be incredibly social and will often come to the glass when there are people there. He "plays" with toys, etc. But with Tilikum he is not able to get any interaction. A lot of times, he is at the gate between pools with another whale on the other side.

Visitors who spoke to The Dodo described Tilikum's state as "catatonic" and said that he was unwilling to play with other whales.

Critics of SeaWorld and other marine parks cite footage like this as evidence that the whales lack stimulation and display unnatural behaviors in captivity. Other similar behaviors have been recorded: 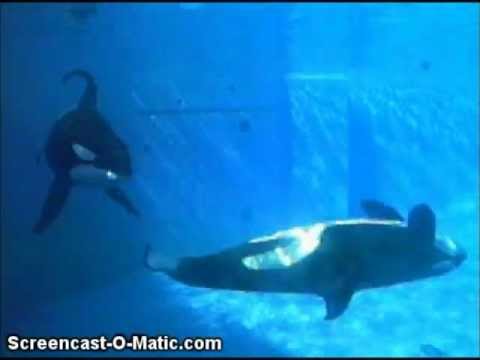 SeaWorld has not responded to a request for comment on the state of Tilikum's health.