A Round-Up Of The Most Fantastic Animal April Fools Jokes

The Internet goes nuts for animals most every day, and on April 1st the web simply goes crazy -- so, naturally, we've seen tons of animal-related gags today in honor of April Fools' Day. Here are some of the best animal pranks online today:

REI promoted a line of kitten camping gear, including boots, a backpack, wool socks and a tiny bandana.

LinkedIn introduced Cats You May Know, a farcical take on its People You May Know networking tool, which includes felines with whom users can connect -- instead of humans.

Fido, a Canadian mobile service provider, announced that it's changing its obvious mascot from a dog to "the most popular animal in the world": a cat. 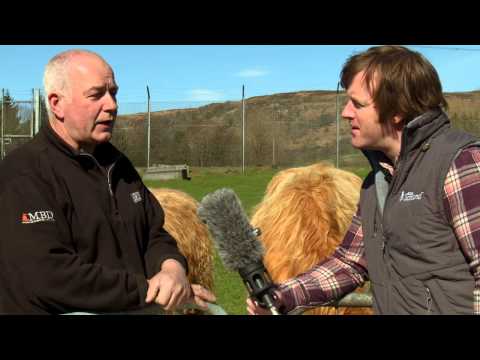 A Scottish tourism agency created a promotional video about a recent discovery in the region: Highland cows that produce whisky-flavored milk.

Australian mobile company Optus introduced their new Fidophone, which allows dogs to call their owners and communicate verbal messages, such as "Come play with me."

Samsung pitched a new kind of wifi, Fli-fy, to provide "Internet everywhere" -- and it's powered by pigeons.

Volkswagon released a statement saying it had teamed up with RSPCA to start Paw-Wheel-Drive, a program to teach rescue dogs how to drive.

VH1 showed a trailer for several new additions to their reality lineup: three catty shows, all starring (you guessed it) cats.

In an impressive hacking display -- or just a show of one college's good sense of humor -- Doge took over the Missouri University of Science & Technology website.

The Solihull News broke the exciting news that a long-extinct (made-up) hybrid species, the "manaphin," had been rediscovered off the Florida coast.

The Vancouver Aquarium announced via the Vancouver Courier that they'd decided to add a Great White shark to their dolphin tank, in order to make conditions at their facility seem more realistic, as they would be in the wild.