7 Reasons Why Elephants Definitely Don’t Belong In The Circus

After the Los Angeles City Council voted unanimously to ban the use of bullhooks, pitchforks, baseball bats and other tools "designed to inflict pain" on circus elephants and other exotic animals earlier this year, it became clear that elephants just don't belong in the circus. Elephants are highly intelligent, experiencing a range of complex emotions, self-awareness and even language. But they are still forced to perform in circuses around the world. Here are seven reasons why this barbaric practice should end -- now.

1. They usually live in terrible conditions

Flickr: William Warby Circus elephants often spend days chained up in cramped train trucks or stalls and on concrete floors. They are also exposed to extreme temperatures that they'd never experience in their natural habitats.

Called "stereotypic" behaviors," these often include swaying back and forth repeatedly, likely a sign of stress or lack of stimulation. 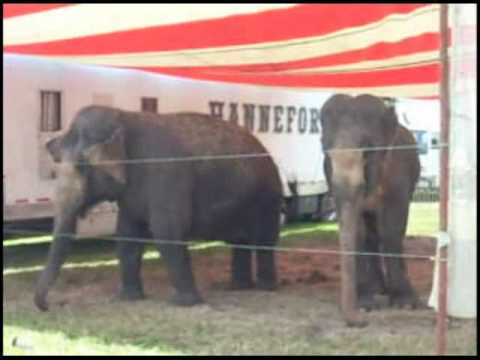 3. Some trainers use painful bullhooks to make them perform

Flickr: Thomas Berg A bullhook is a long cane with a sharp hook on the end that allows trainers to force elephants to cooperate. They are widely considered inhumane and have even been banned in several cities. Without them, circuses can't keep performing elephants, because fear and pain is the only way to motivate an elephant to perform tricks.

4. Performing tricks is bad for elephants

Flickr: jenny downing Circus elephants perform tricks that can cause harm to their joints and limbs. In the wild, only copulating male bulls will stand on their back legs -- but circus elephants do this all the time. Many animals have been documented with joint problems, though they often still perform.

Though wild elephant babies stay with their mothers for decades, circus elephants are sometimes captured in the wild when they are very young. Others are born on breeding farms, but those are separated as well. Separating a mom and her calf causes extreme stress for both of the elephants, and will affect the calf's development, because their bond is so strong. Here's a glimpse of that stunning bond: 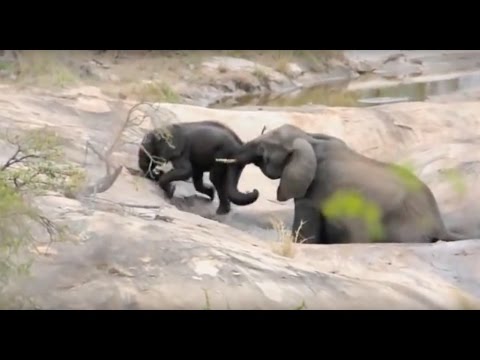 In the wild, elephants can cover 50 miles in one day -- though they don't always walk that far. In circuses, the only distance an elephant travels is from his cage to the big top.

Elephants have one of the most complex social structures of any species -- and more is being learned every day. They are capable of deep and intricate emotions. The story of Shirley and Jenny, two unforgettable elephants who remembered one another after over 20 years, is a touching testament to that fact:

Elephants are highly intelligent, emotional animals who don't belong in circuses, where they live in cramped conditions and are separated from their families. Join us in pledging to boycott any circus that keeps performing elephants.