Here's What A Pig Sees Inside A Factory Farm

It has never been easy to see exactly what goes on inside a factory farm - until now.

A new interactive tool allows you to explore the inner workings of a factory farm, offering a 360-degree view of the animals and their miserable conditions. Created by the non-profit Last Chance for Animals, the project launches with a series of explanatory videos - the first two depict a sow farm and a broiler chicken farm.

The footage shows pigs living in gestation crates, or cages that don't allow them to turn around, dead animals lying on the floor and crowded warehouses full of young chicks.

Here's a glimpse at the tool: 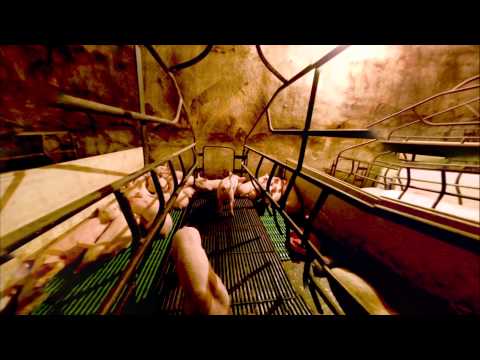 See the project's site to investigate the environments that most farm animals spend their entire lives in.